Notice: Only variables should be passed by reference in /home/smtu/web/en.smtu.ru/public_html/includes/seo.php on line 22
 Veliky Novgorod

Veliky Novgorod, the city on the Volkhov River just below its outflow from Lake Ilmen, is one of the oldest Russian cities, first mentioned in chronicles of 859. In 882 Prince Oleg of Novgorod captured Kiev and moved his capital there. In 989, under Prince Vladimir, Novgorod’s inhabitants were forcibly baptized. In 1019 Prince Yaroslav I the Wise of Kiev granted the town a charter of self-government; the town assembly, or veche, elected their princes, chiefly as military commanders. The expression of “Novgorod veche” is still meaning in Russian a loud gathering with fiercely arguing parties.  The city flourished as one of the greatest trading centers of Eastern Europe, with links by river routes to the Baltic, Byzantium, Central Asia, and all parts of European Russia. Novgorod was one of the Hanseatic League cities. Prosperity was based upon furs obtained in the forests of northern Russia and wax which then had been of great value in Europe. 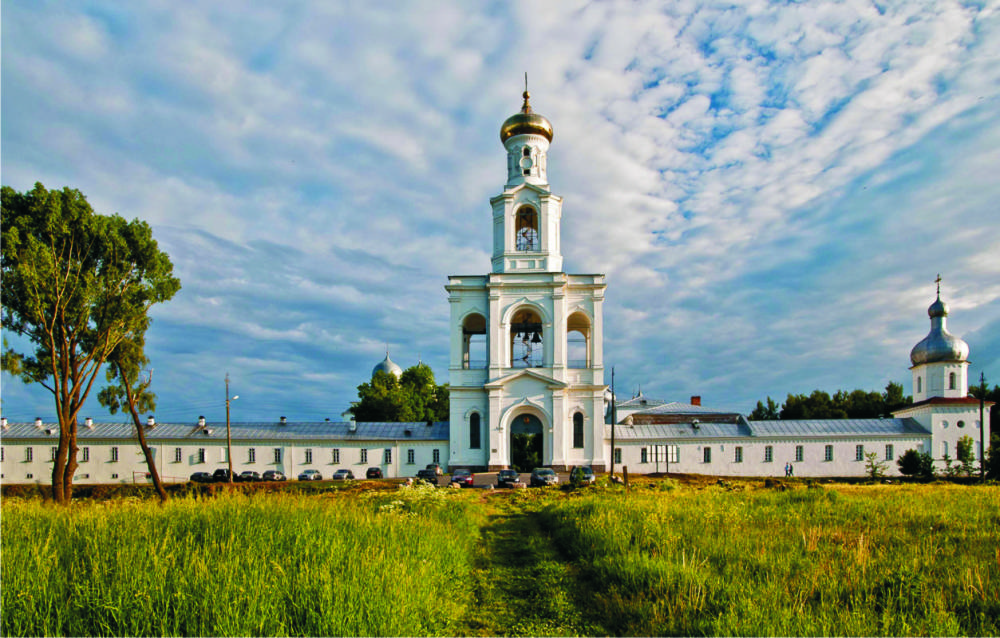 During the 14th and 15th centuries, Novgorod was involved in a long, bitter struggle for supremacy with Moscow and ultimately Ivan III the Great defeated Novgorod in 1471 and annexed much of its northern territories, forcing the city to recognize Moscow’s sovereignty in 1478, though opposition by its citizens to Moscow continued until Ivan IV the Terrible in 1570 massacred many of them and deported the survivors. From the reign of Peter I the Great (1682–1725), the city declined in importance.

During World War II, the city suffered heavy damage, but the many historic buildings were subsequently restored. These include the Kremlin, first built of wood in 1044, and its first stone walls date from the 14th century. Within the Kremlin, the St. Sofia Cathedral, built in 1045–50 on the site of an earlier wooden church, is one of the finest examples of early Russian architecture, with magnificent bronze doors from the 12th century. The Palace of Facets (1433), the bell tower (1443) are of particular interest. Across the Volkhov stand the Cathedral of St. Nicholas (1113) and other ancient buildings of the Merchants’ Side (Torgovaya Storona).

In and around Novgorod are many other surviving churches, including the 12th-century cathedrals of the Nativity of Our Lady and of St. George. In 1992, Novgorod’s many medieval monuments and 14th-century frescoes were jointly designated a UNESCO World Heritage site.

The Vitoslavlitsy Museum with unique ancient wooden buildings is located near Novgorod. Located at St. George Monastery on the banks the Volkhov River, the open-air museum of wooden architecture is absolutely unique. Wooden log cabins (izbas), chapels and churches form streets like those in old Russian villages. Restorers managed to bring back to life unique works of Novgorodian carpenters. The buildings on display are so magnificent that they need no special introduction. You can get to know how Russian people lived many years ago, visit any of the izbas, or watch a famous for folk and trade festivals, Christmas fortune-telling, and traditional Russian wedding.

While an ancient city, Novgorod is young with its student population: Yaroslav-the-Wise Novgorod State University attracts youth from all over the region. The city has lots of cultural events during the summer season, the most famous being the city’s birthday in June, the International Jazz Festival in July, and the International Bell Ringing Festival in August.

It takes about three hours to get to Novgorod by bus or an inter-city train.