Suburbs of palaces and picturesque nature

The suburbs of Saint Petersburg are as famous as the city itself. The suburbs of St. Petersburg are often compared to a pearl necklace, and indeed it is so. Peterhof, Strelna, Tsarskoye Selo and other satellite towns were mostly conceived as summer residences for Russian rulers. Nowadays they are as magnificent as they were but open for public round the year. All these destinations are easy to reach from the university’s dorm located in the southern part of St. Petersburg, the closest to the famous St. Petersburg “necklace.” 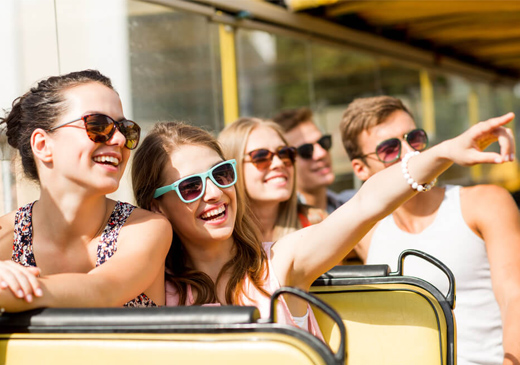 Peterhof
The Peterhof palace was built as a countryside residence of Peter I. Thirty kilometers away from St. Petersburg, it is located on the Gulf of Finland and is primarily famous for its remarkable fountains: Peterhof has over a hundred exquisitely decorated fountains and several small waterfalls, which are unique because they operate without a pump, due to differences in the level of the ground decorating the beautiful parks.

Tsarskoye Selo
Half an hour away from the center of St. Petersburg is the town of Pushkin, formerly called Tsarskoye Selo where on the vast territory of 600 hectares there are parks and palaces with the most famous of them Catherine Palace. Once you have entered the Great Hall you cannot help but recall scenes from historic films. The famous Amber Room in the Catherine Palace is another masterpiece of the 18th century. The whole room is decorated with amber and supplemented with mirrored pilasters. During World War II Germans took away all the amber, so the restorers had to work hard for twenty years to restore the room!

Pavlovsk
Pavlovsk is famous for its tranquil and superb landscape parks and a more private royal residence as compared to Petershof and Pushkin. It was built for Paul I: the Pavlovsk Palace, a golden and white building on one of the high banks of the Slavyanka River. The park surrounding it may seem like a real forest, but in fact the park was carefully planned by the best landscape artists. This park has plenty of things to see and enjoy. In the heart of the park area there is the palace, where you will discover a collection of sculptures, porcelain and paintings.
Strelna
Another palace and park complex is located in Strelna:  the Konstantin Palace and the Road Palace of Peter I. The Road Palace is more like a modest Russian estate, next to which there is a small vegetable garden. Here gardeners of the Russian Emperor grew a variety of exotic plants, including potatoes brought from abroad. The Strelna Park is divided by flow channels that run into the Gulf of Finland. A beautiful landscape, fine sculptures, fountains… Among the bridges that put the park together, there are drawbridges which St. Petersburg is famous for.

Kronstadt
A port city of Kronshtadt is located on the island of Kotlin in the Gulf of Finland. For many years the island could be accessed only by water. However, several years ago, a dam was opened and Kronstadt can now be reached by any ground transport. However, in summer season you can take a hydrofoil to reach this city conceived by Peter the Great as a real fortress. A total of more than twenty forts were built to protect St. Petersburg. Abandoned today, they are still impressive and extraordinary.

Gatchina
Gatchina is a mysterious and still romantic satellite of St. Petersburg, located 45 kilometers away. Also connected with the name of Paul I, it is not like the palaces of Peterhof or Tsarskoye Selo. Rather, it is a medieval knight's castle surrounded by a beautiful park.